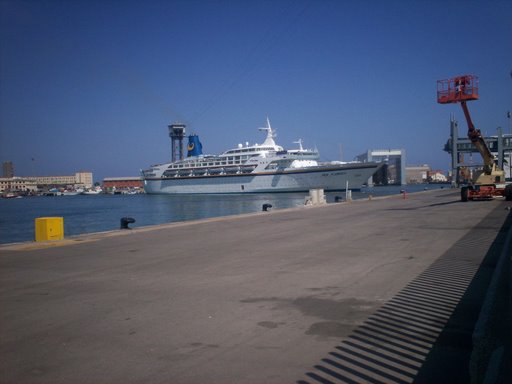 The cruise port is next to Port Vell in downtown Barcelona. It is easy to find: the terminals are the end of the Ramblas behind the Columbus Monument, “Mirador de Colom”. Behind the monument is a quay with the World Trade Center. Terminals North, South, F1 Drassanes and F2 Trasmediterranea are next to the World Trade Center. Terminals A, B, C and D on the Adossat wharf and the F3 Grimaldi Terminal are more far away. For these sea terminals you can take a taxi or the port bus shuttle.

Metro
Metro stop Drassanes is the nearest station to the cruise terminal. It’s 350m to the quay with the WTC. Metro station Paral lel is also nearby (500m).

Parking
Passengers who come by car can park their car in the WTCB car park. To the terminals around the World Trade Center is just two minutes walking. The car park at the WTC is an indoor space and guarded 24 hours a day. Cruise parking rates are 1 day €25, 3-7 days €75, 8 days €85. Every extra day cost €10. If you travel by car with family members or friends then you can bring them first to the cruise boat and then park your car.

Port bus Shuttle
The port bus to terminals A, B, C and D on the Adossat wharf has a bus stop near the Mirador de Colom. It’s 5 minutes walking from the car park to the stop of the port bus shuttle.

Eurostars Grand Marina Hotel GL is a 5-star design hotel within the World Trade Center building. It is overlooking the cruise ports. To the Ramblas and metro station is 500m.

Andante Hotel is a 3-star hotel nearby the cruise port. To the Ramblas and metro station is 350m. The property has 4080 reviews (8.8) 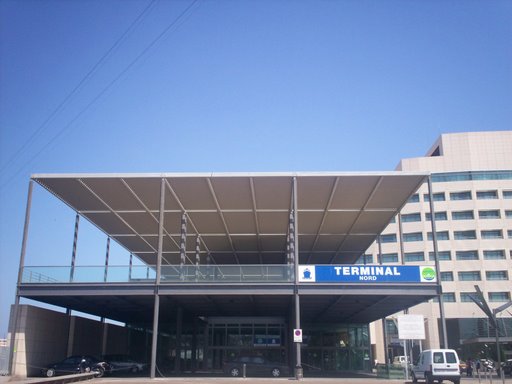 On the background is Eurostars Grand Marina Hotel GL 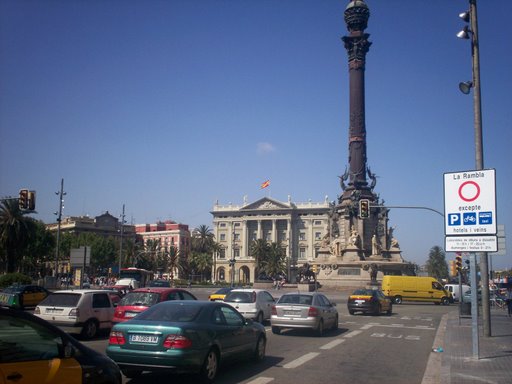 To the left is the Ramblas, to the right is Port Vell with the cruise terminals